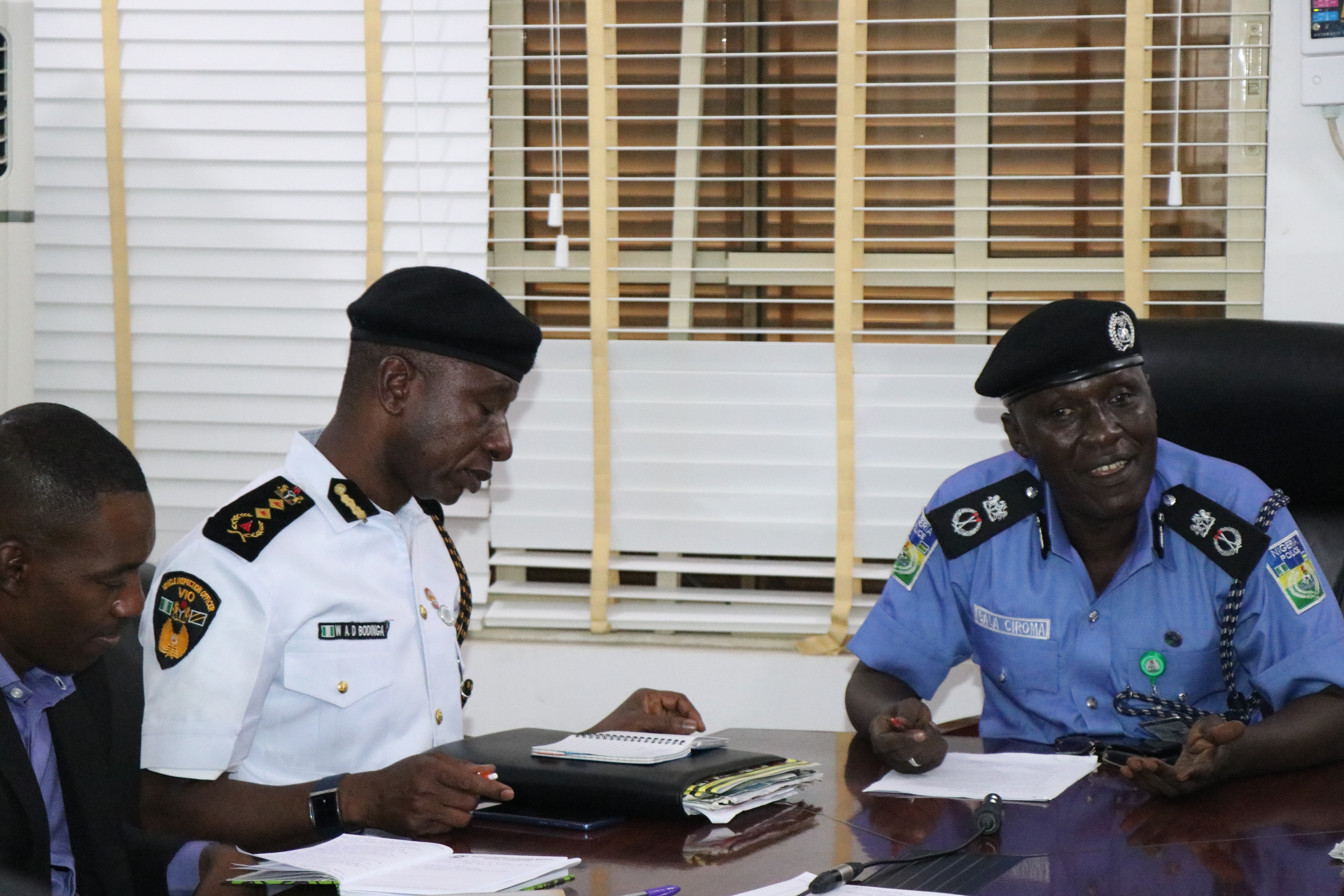 With the level at which motorists in the nation’s capital flout traffic regulations, the Directorate of Road Traffic Services (DRTS) popularly called Vehicle Inspection Office (VIO) is re strategizing with the police authorities and other relevant bodies in Abuja on the best way to instill more discipline on road users.

The FCT Police Commissioner, Bala Ciroma who is the chairman of the Ministerial Joint Task Force that has in the last 22 months continued to ensure that Abuja residents or commuters get a fair deal noted that the there was the need to remind every stakeholder what is supposed to be his/her role in ensuring a better traffic management in the territory.

The Police Commissioner during the parley in his office explained that motorcycles and tricycles were banned together with the expert riders over a decade ago in the City centre, saying that it remains unacceptable for any of these to be seen plying within the restricted areas. He said it was based on these that it became pertinent for the meeting to brainstorm on the best approach to have a more organized FCT as envisaged by the founding fathers.

The Joint Task Force Chairman noted that it was the major reason why the leadership of the motorcycle and tricycle associations were invited to be part of the interaction to enable them participate fully as to know what to take back to their members at the end of the meeting.

According to him,” you and your members should not ply your trade within the restricted zones, it is already a law in FCT among other traffic laws, and violation of these laws unlike before will henceforth, be seen as a serious offence and will be treated accordingly”.

He further urged the Chairmen of the tri-cycle and motor cycle Associations to be part of the enforcement of the law, the riders he said should adhere to this law in other for Territory to be sanitized and be the capital of the Federation as planned, saying that the association will be given an opportunity to call her members to order failure of which the law must take its course.

The FCT Police boss used the opportunity to call on the unpainted taxi operators to desist from the act as it is already against the law in FCT for anybody no matter how highly placed to use a vehicle that is not painted or registered as such.

The gathering did not fail to leave words to other road users who are in the habit of running red lights; using their vehicles for what they are not registered thereby committing all kinds of crimes or driving against traffic to have a rethink as the new plan being put in place will not spare anybody as far as it is a traffic offence.

The meeting resolved that the Ministerial Joint Taskforce and other operational teams of the Directorate were to expedite actions to ensure that every traffic law is obeyed through a coordinated enforcement, which had already kick started.

While adding his voice, the Director, FCT Directorate of Road Traffic Services and the Vice Chairman  of the Ministerial Joint Task Force, Alhaji Wadata Bodinga commended those present at the meeting: the leaders of the Motor Cycle and Tri-Cycle Associations, most importantly the FCT Police Commissioner who he said his presence made the difference as it was not to be seen as the usual voice of DRTS.

The VIO Director specially appealed to the Association leaders who had earlier called for more enlightenment by government so as to get their members and many other road users informed on policies of this nature to ensure they assist the Administration in FCT by passing the message to their members.

The meeting also resolved to commence immediate enlightenment talk in all the major operational base of the Associations which took the team to Area 1, Area 3; Area 10 and Jabi where the operators were told the need to restrict their operations to the areas they are permitted.

It will be recalled that meetings with the leadership and members of the Associations and motor Transport Unions is a regular activity of the Directorate with the sole aim of ensuring that every driver or operator is adequately informed of any development in the transport sector.

Save time obtaining forms and visiting us, just drop a message and our representative will get back to you shortly.